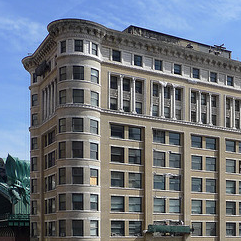 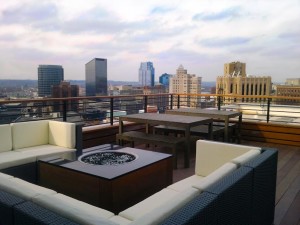 Gateway Investment Partners (“GIP”) was selected by the City of Grand Rapids to develop a key downtown parcel located at the convergence of Grand Rapid’s art, entertainment, cultural, and historic districts. The development offers 40,000 square feet of commercial space, 56 luxury apartment units and a 236 space parking ramp. The Urban Institute for Contemporary Arts purchased approximately 40,000 square feet and moved into a state-of-the-art facility including galleries, a film theater, ceramics studio, black box event space and a garden terrace. The balance of the retail space is designated for small retail shops. The project was completed in September, 2010 with approximately 50% of the apartment units leased prior to opening. The apartment units have typically remained at 99-100% leased at rents that are the highest in the market place due to the quality of the apartment units. The design intent of the project was to orient it to the arts district as well as the office and restaurant areas in downtown Grand Rapids.  The intent is to draw people to the commercial spaces by taking advantage of both of the site’s corner exposures and excellent location. The northwest corner features the galleries of the cultural entertainment-based UICA program that, in addition to the Van Andel Arena and other neighboring entertainment venues, will direct pedestrian traffic through the site. The northeast corner is the entrance to the culturally based UICA. The two corners are linked by a two-tier pedestrian walkway and exhibition gallery designed to facilitate pedestrian access to the main galleries and theaters. This corner mirrors the layout of the neighboring buildings and compliments the open space of the plaza adjacent to the Children’s Museum. To the west and across the street are two successful restaurants and entertainment venues which have helped create an entertainment / restaurant presence complimenting the B.O.B. Entertainment/Restaurant complex three blocks away. The Gallery 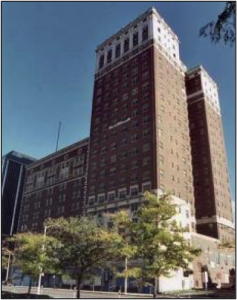 Richard Curto is the Manager of Fort Shelby Holding Co./MCP Development, LLC which completed the redevelopment of the historic Fort Shelby Hotel in downtown Detroit, Michigan into a 204-room Hilton Doubletree Guest Suites Hotel. The project, which opened in mid-December of 2008, includes the hotel, 24,000 square foot International Association of Conference Centers (IACC) conference center, 56 luxury residences with hotel amenities and services and a Finn and Porter Steakhouse/Seafood restaurant. The project consisted of the renovation of the Fort Shelby Hotel, recognized as a national historic landmark. The hotel was originally constructed in two phases. The initial 10-story structure was built in 1916 and the 22-story addition, designed by the well-known and innovative architect Albert Kahn, was built in 1927. The building stood vacant for thirty-two years. The once prominent hotel in downtown Detroit became an abandoned relic. The redevelopment focused on the character and grandeur of the original Fort Shelby Hotel, but with the flair of 21st century style and activity. The Doubletree Guest Suites, the suite concept by Hilton Hotel, is operated by Hilton Hotels Corporation on behalf of ownership. The capital structure is composed of three primary sources: mortgage instruments, ownership equity and tax credits. The first mortgage loan of $33 million was provided by the General Retirement System of the City of Detroit which is 35% of the total cost. HUD provided a “soft second” fixed at 4.5% for 20 years under the HUD Section 108 program (economic redevelopment) that is guaranteed by the City. The remaining capital of $43 million is equity from ownership, Hilton Hotels Corporation and tax credit equity from Chevron Oil Company, General Electric, and Progressive Life Insurance. Clearly, the large tax incentives played an integral role in the capital structure and allowed the project to eschew other more expensive and risk laden financial instruments. 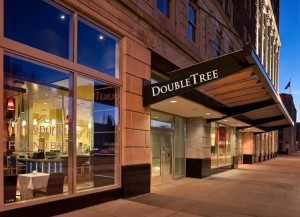 For Shelby Double Tree by Hilton

Huron Street Lofts was a condominium conversion of an existing six story mixed-use loft apartment building consisting of 100 loft apartments (72,500 sq ft) and 23,102 square feet of commercial space located in the heart of Chicago’s vibrant River North neighborhood, at 225 West Huron. The conversion technique was a good fit for the building, as the units were in excellent condition and provided the opportunity to sell the units in their “as is” conditions. The conversion was completed in the summer 2007 taking a total of 1.5 years to sell-out the entire project. The total project cost was approximately $25,000,000. Several units are available to purchase or rent. For sales info contact scurto@gatewayadvisorsllc.com

The Rockwell Corners condominium conversion involved a complete gut-renovation to a charming 19 unit apartment building in the north side of Chicago. The project included fifteen 2 bedroom units, and four 3 bedroom duplex units. The units were moderately priced from $179,000 to $260,000 and the conversion sold-out at the end of 2005.

The development of Villa Positano in Bonita Springs, Florida was completed in 2006 with the sale of the second villa. The project originally consisted of four luxury single-family homes with roughly 4,200 to 4,900 square feet of living space. During construction of the first villa, two of the lots were sold to the neighboring beach club resort and golf course. Each of the two remaining villas were designed as Mediterranean style homes with a private elevator, pool, spa and boat dock. The homes are located on Bonita Beach’s Hickory Boulevard and boast views of both the Gulf of Mexico and the Estero Bay inland waterway. This unique location allows residents to walk to the beach, and to have easy boat access to Estero Bay and the Gulf of Mexico. Each home sold for approximately $3.0 million. 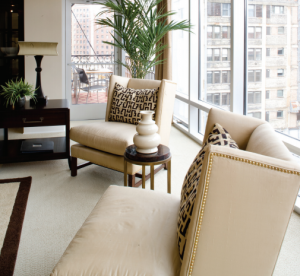 At the Fitzgerald, luxury and elegance are the rule, and homeowners delight in owning a private piece of the city.

Built in 1915, this classic Colonial Revival building served as the home of the Grand Rapids YMCA until 2005. Today, vintage scoreboards, racquetball courts and a historic oval running track are showcased in unexpected settings, adding to the authentic quality of the restoration and revealing the existence of a gym in the original building. Such fanciful reminders pay tribute to the past, yet the building’s complete renovation ensures that homeowners enjoy a thoroughly modern lifestyle.

The original structure was stripped down to its exterior walls and interior concrete. The condos, with state-of-the-art plumbing, heating and electrical systems, took shape within this framework. The residences received the highest quality finishes, including wood floors, granite countertops, stainless steel appliances, tile showers and professional interior design.

The Fitzgerald offers all this and much more, right in the midst of the excitement of the city. Homeowners are granted an immaculate home in the heart of the city, within walking distance of everything and with no maintenance to worry about.

One facet of that freedom is the fact that residents don’t need a car. Everything the city has to offer is right at the Fitzgerald’s doorstep: the Grand Rapids Art Museum, Van Andel Arena, the Civic Theatre and the main Grand Rapids Library branch are mere blocks away. In addition, the building sits just two blocks from the “Medical Mile,” the largest private investment in the history of West Michigan and the future economic engine of the region.

Yet if homeowners do wish to use their cars, they’ll enjoy a much sought-after perk: Residences include indoor, deeded parking spaces. Other amenities within the building include an elegant library, a state-of-the-art fitness center that rivals many area gyms, secure indoor storage space and a green roof garden. 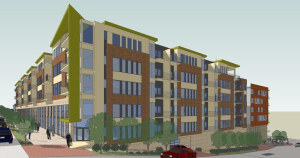 Gateway Advisors, in partnership with Wangard Partners, are developing Avenir, a mixed-use development comprised of 104 market-rate apartment units and 7,072 SF of ground level retail space. Located at 1477 North Jefferson Avenue in Milwaukee, Avenir is being developed as a five-story building along Jefferson Avenue and a four story building along Lyon Street that will open in the fall of 2014. Parking for the residents is located within the building at its two lowest levels. A two-level parking structure will accommodate the public and retail users and is planned to be on the southwest side of the building.

Avenir, which is French for “future,” is specially designed with eco-friendly amenities that young professionals of the millennial generation demand, such as a location in a walkable community, and close proximity to vibrant nightlife, mass transit and convenient shopping. The property will also include a rooftop terrace for entertaining and gathering with an outdoor fireplace and grills all overlooking the stunning skyline views, a clubroom with a gourmet resident kitchen, 24/7 fitness center, a private Pilates/Yoga studio offering regular weekly classes with Milwaukee’s top instructors, a conference room with fax, printer and scanner, Wi-Fi access throughout amenity areas, state-of-the-art dog wash station, underground reserved parking, car charging stations, free bike storage, Bikeshare program, concierge service including dry cleaning and package delivery, and pet and home care services. 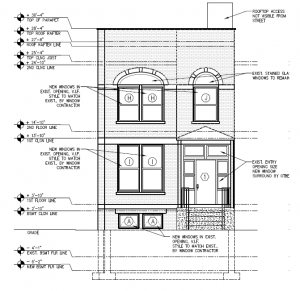 Gateway Investment Partners (“GIP”) is the Sponsor of a unique investment opportunity.  Gateway Potomac LLC has purchasde the two-story plus basement house at 2123 W Potomac Ave for $515,000 on December 9. This property, located in the Wicker Park Landmark District, presents an opportunity to develop a high-end single family home in a highly sought after Chicago neighborhood.  The property is currently a 3000 square foot two-story building plus a basement.  Based on current RT-4 zoning, the property is permitted to exceed 4200 SF for the entire building, including the basement, and will allow for a significant addition on the back.